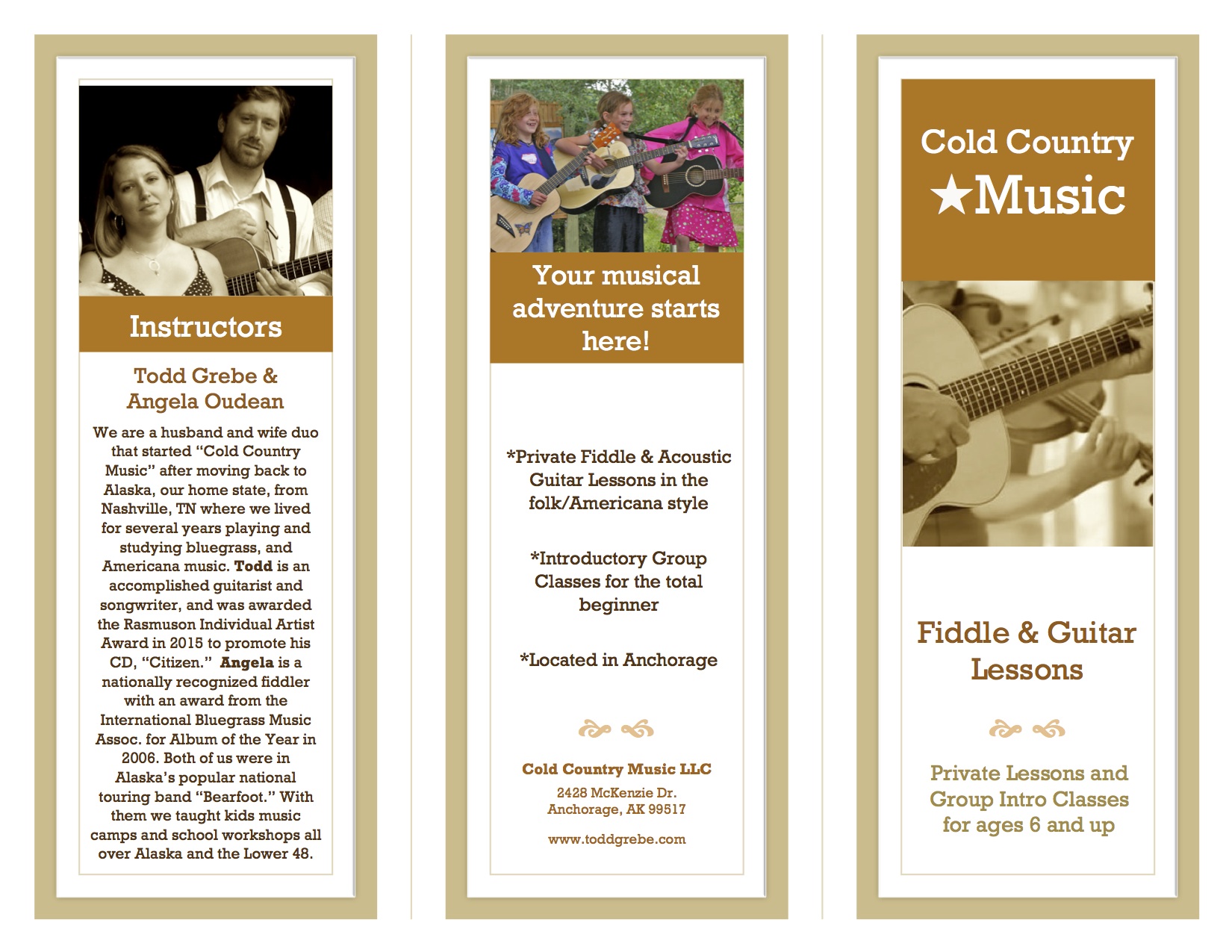 *We've been playing these instruments for 15-20 years.
*Angela's been a professional musician for about 13 years with the band "Bearfoot" and more recently "Todd Grebe and Cold Country". (www.bearfootband.com; www.toddgrebe.com) Todd also played with Bearfoot from 2010-2013 and fronted his own bands Well Strung (2003-2008) and Todd Grebe and Cold Country (2008-now) before and after that. To read Todd's full bio and music history see www.toddgrebe.com/cold-country.
*Band Bearfoot won Telluride band competition in 2001 (also won by Dixie Chicks and Nickel Creek), we toured extensively and full time all over the US, and Europe; had a #2  music video on CMT for 3 consecutive weeks, reached #1 on Billboard's Bluegrass Music Charts with our album "Doors and Windows," and #16 in the broader National Americana Radio Charts with our album "American Story."
*Todd and Angela currently play with "Todd Grebe and Cold Country" mostly locally around AK at festivals, private events, and local public venues.
*We have taught dozens of 3-4 day Bluegrass Camps for Kids with our band Bearfoot, so we have most of our teaching experience with school aged kids, but we enjoy teaching adults as well! We taught these camps at festivals like Telluride, Rockygrass, Pagosa Folk and Bluegrass Festival, Red White and Bluegrass Festival and many more all over the U.S. As well as teaching many performance style assembly workshops in schools around the country to educate youth about American Roots Music.